You don’t need to know photos to know this one, you’ve seen it before, those eyes are hard to forget. She is “Afghan Girl”, the portrait that made Magnum Photographer Steve McCurry famous in 1985. The portrait that almost didn’t even make it into the magazine at all, the one which the editor overlooked but the photographer vetoed. McCurry’s career was launched when he crossed from Pakistan into rebel-controlled Afghanistan just before the Russian invasion, emerging from the region with rolls of film sewn into his native clothing containing some of the world’s first images of the conflict. Those photos won him the Robert Capa Gold Medal for Best Photographic Reporting from Abroad Showing Courage and Enterprise.

McCurry’s portraits are haunting, almost too haunting – looking at them takes energy, physical effort. He has a way of capturing souls in those photos that seem to see you as much as you see them. He is one of the world’s best known war photojournalists who produces relatively few images of war itself, McCurry focuses on the human condition and consequences of war. 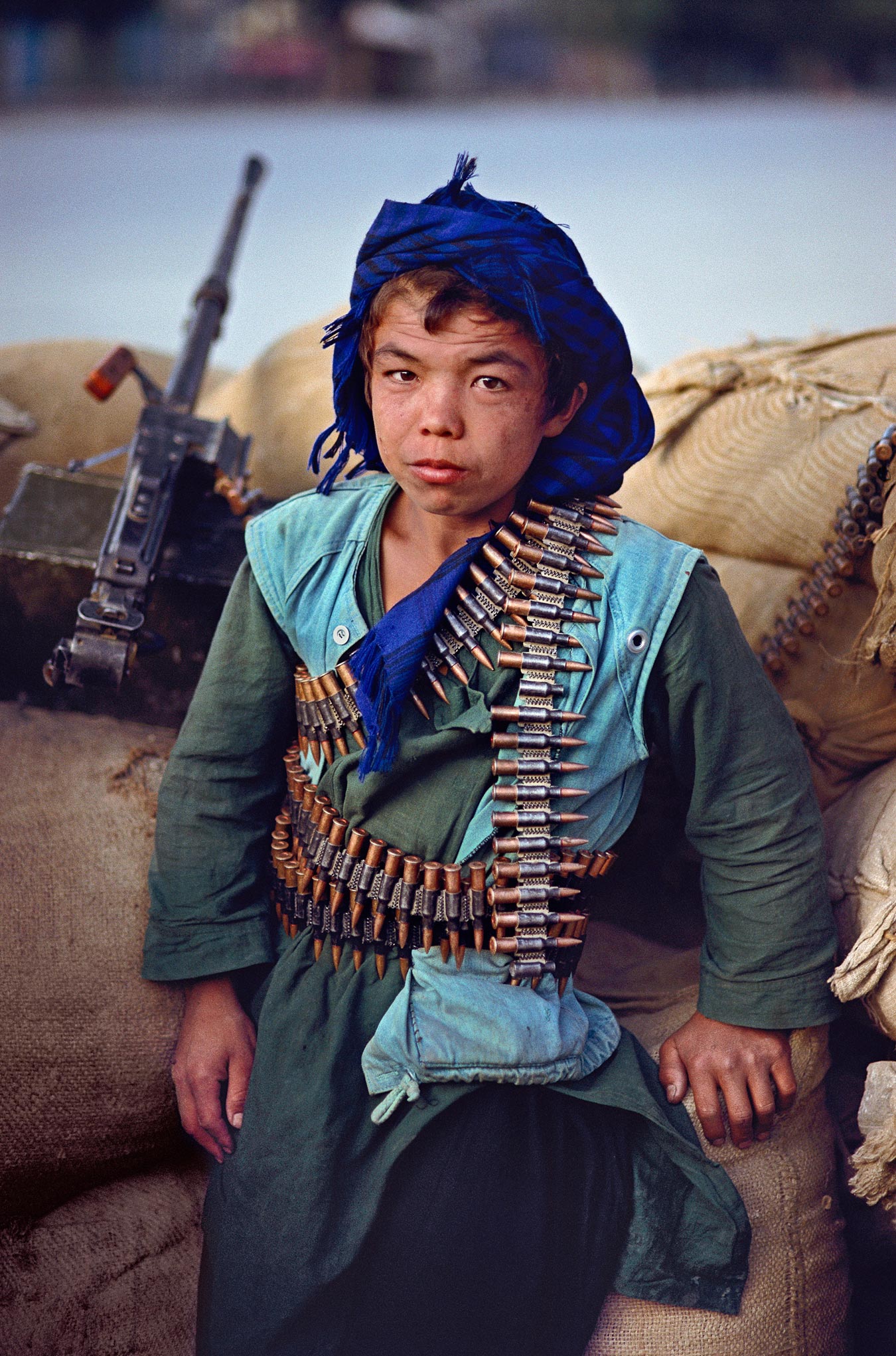 His career has now spanned over three decades and has seen McCurry spend huge amounts of time in South and East Asia. He originally studied cinematography and theatre but realised after finishing college that he preferred the still image. His images have a signature graphic quality and a beautiful light. His mission has been, since the early days, to highlight and celebrate the differences that culture and religion make to us humans, who are all fundamentally the same. He says he does this not by seeking out beautiful light or harmonious colours but rather by avoiding unappealing light and akward colours. In the same way that Avedon made a series of no statements to define his style,so has McCurry. He says that while a good photo is made up of good light, good design & good composition, the most important factor is the moment; finding the right place to be, to stand. The photographer’s mission is to find all of that and make it work together to create the perfect image, an image that he hopes lets the viewer give their own meaning to.

We all have hopes and dreams…want respect, want to be loved.

Some of McCurry’s most powerful images are the pure and honest portraits that capture so much of the subject in a very tight frame.

But he has no fear of confronting the viewer, making them really see. One of his big motivations for working in Asia is that he feels we don’t [/he doesn’t] see, don’t look in our own familiar scenarios. McCurry believes that the photojournalist’s job is to help people see problems, confront them, and bring people together. Looking at differences and exposing fundamental similarities.

You can see McCurry’s work here on his website and click through on the image below to see the shots from the last ever roll of Kodachrome, frame by frame.

Richard Avedon found me when I was about 14 years old. I’d love to tell you that it was a family friend who introduced me to his magic and helped me understand his vision, but no. I found a big hard cover copy of  The Sixties on sale in the big smoke. I liked it. I didn’t know who Avedon was and, in a time before Google, I didn’t really have any way to find out. There wasn’t anyone to ask. At least I don’t think there was.

So this book was maybe £10 and these faces captured me. Their expressions and openness. Bob Dylan, the Beetles, I’m pretty sure Janis Joplin is in there too and I’m pretty sure I liked her instantly. It’s been a while since I flipped through it, I really should find it next time I’m home.

Avedon was never really a street or documentary photographer. The found image didn’t satisfiy his sense of drama. When he began shooting editorials he captured the ‘American Beauty’ in a way no one had before. He created striking scenes with elephants, dancers and snakes.

But when I think of Avedon, I think only of his portraits. To him, there was nothing more interesting than the face. When left to his own shoots, he operated off a series of no’s which brought him to his yes. No to colour, no to props, no to pretence and yes to the face, to the wrinkles, to the soul inside. This was controversial, he took sometimes unflattering photographs. But he captured emotions and stories – whether they were true or his own creation wasn’t always obvious.

He apparently got these expressions by telling the Duke and Dutchess of Windsor that his car had hit a dog on his way to the shoot. He knew they were dog lovers, he knew what it would do to them and he knew what he would achieve. 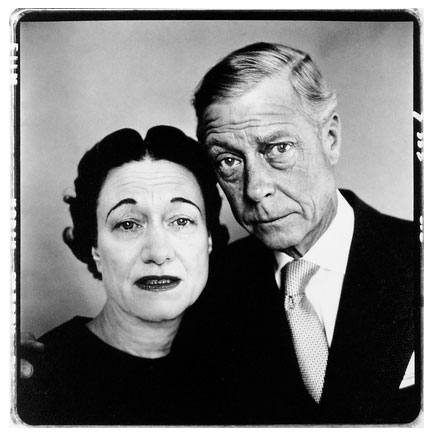 It is said that all portraits are self portraits. As photographers we’re looking for parts of ourselves out there through our lenses. Avedon tended to create controversy as he sought out fragments of himself in the faces of others and he would have achieved nothing otherwise.

Richard Avedon, you weren’t afraid to say no, you made photographs which you felt had a bigger worth than the aesthetic and you were restless in your search for your vision. I have plenty to learn from you yet but I’m working on it.

Diana Markosian has been deported from Azerbaijan, smuggled into Burma by a rebel army and detained by Chechen militias, all in the name of documenting a story. Along the way she has participated in the World Press Joop Swart Masterclass, received Burn Magazine’s Emerging Photographer Fund and has been named one of PDN’s 30 Photographers to Watch. Her work is represented by Reportage by Getty Images and can be found in publications like the New York Times, Newsweek and Time.com.

Markosian’s work is intriguing, moving and often has the painterly quality of a Renaissance master.

I’m always thinking about how can I make my images better. And it’s hard to even understand what better means because it’s so relative and so personal. But I want to keep growing and maturing in the way that I tell my stories. It’s cool to see yourself develop.

Whether shooting in Manhattan, Chechnya or Afghanistan, Markosian’s subject matter is consistent – women, and children, in their everyday. Their everyday being a million miles from anything I can imagine.

Markosian moved to California with her mother at the age of 7 and the searing imagery from her trip to find her father left me sad, cold and hurt on both their behalves. With short, pained phrases she tells the story that accompanies the photos.

I should be happy for him, but when I watch him play with his daughter, it feels like a bruise someone keeps pressing.

His writing told me what he couldn’t otherwise.
There’s pain there that I understand.

When I look at him, I see so much of myself.

Snezhana attempts to paint her nails, smearing pink nail polish across her fingers.

A quiet moment between Snezhana and her boyfriend, Kolya.

Markosian’s work gnaws at me, stirs my guts and reminds me that the photo is the story.

Interview with Markosian on Columbia Visuals from March of this year.