Annie Liebovitz is someone I have been afraid to admire for such a long time. Afraid of her impossible acclaim, afraid of her honesty, afraid to want to make work like her…

I am, now, beginning to realise that I can be inspired by her without needing to make work like her. Though I would like to.

The one thing that can be said about Leibovitz’s work is that if you know it, you can recognise it immediately. That’s the mark of a visual voice. That was something I aspired to a few years back. Apparently it’s something I’ve developed in my commercial work, dream come true! Here’s to developing it in this work too.

Some of her portraiture for Vanity Fair

She became the first woman to hold an exhibition at Washington’s National Portrait Gallery in 1991. When she says she wants to photograph someone, what it really means is that she’d like to know them. 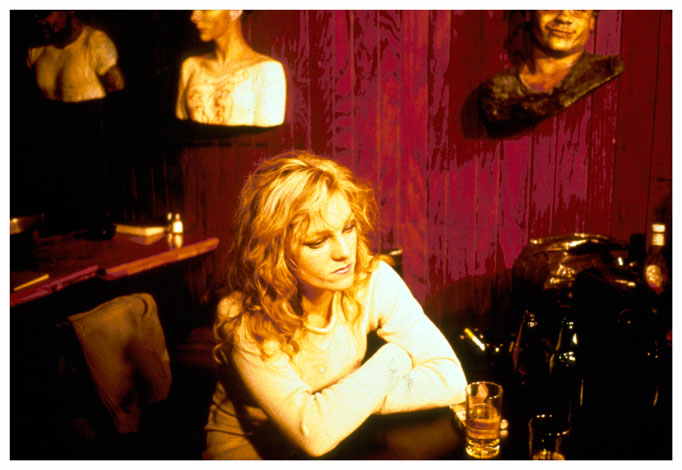 Not Safe For Work, don’t say I didn’t warn you.

When you put Nan Goldin’s name into the google machine, the first portrait of the photographer herself, the first photo at all, is this one, entitled ‘Nan One Month After Being Battered, 1984’ 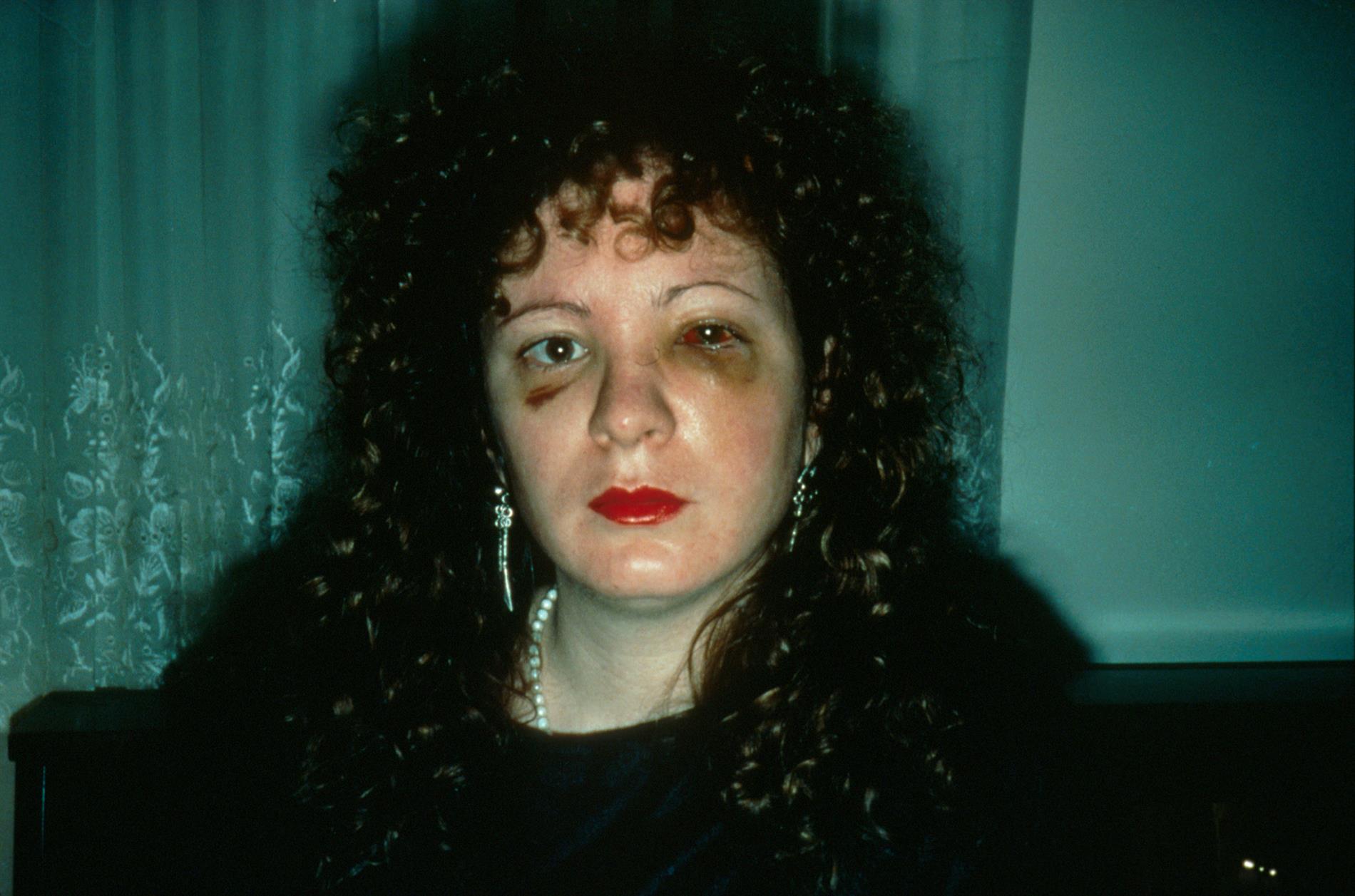 It’s from her series ‘Ballad of Sexual Dependency’, where she explores her own relationships and those of her tribe. The struggles of autonomy and dependency, intimacy and understanding chronicled in Goldin’s own signature, and hugely influential, style.

Goldin’s tribe were, like herself, outsiders. Addicts, prostitutes, transvestites, transgendered; living in their own self-obsessed world, a group of people she referred to as her “family”. They were, she later wrote, “bonded not by blood, but by a similar morality, the need to live fully and for the moment.” She first started taking photos at 15 as a way of preserving and holding on to precious memories following the death of her sister, Barbara, by suicide – who “was born at the wrong time and had no tribe, no other people like her”. After moving from Boston to New York in her mid twenties, she began making a diaristic record of her life in her sexually liberated and drug dependent community. Through her confessional lens, she portrayed the parties, the fights and the lovers happening around her.

Jimmy Paulette and Tabboo! in the Bathroom, New York City 1991 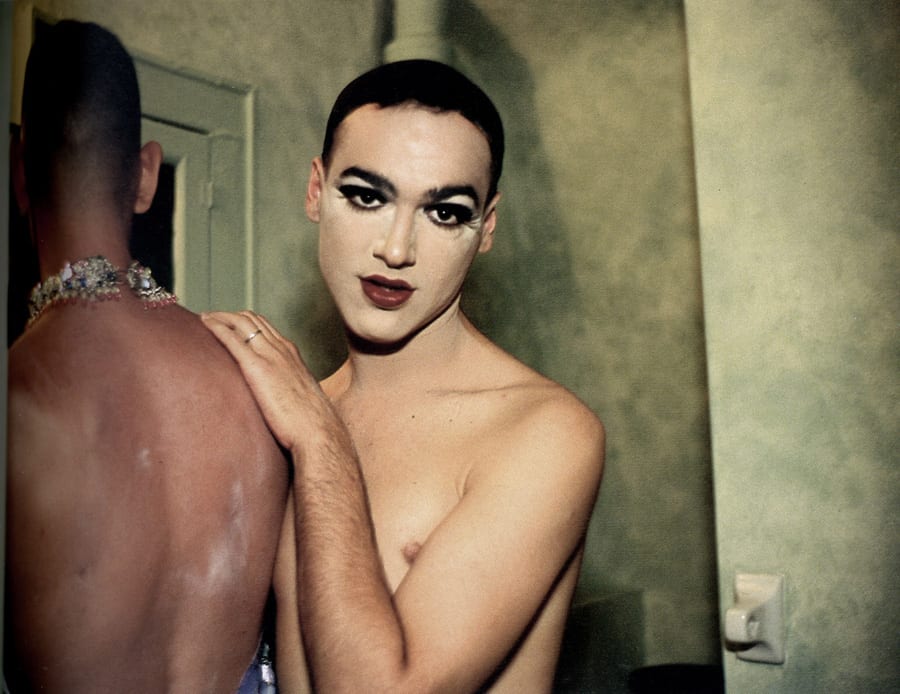 This image is part of a large series of colour photographs of glamorous drag queens taken in New York, Paris and Berlin in the same year, and is often credited with influencing the new fashion photography of the 90s – the spontaneous, snap-shot aesthetic with its close and raw framing.

Speaking about her earlier work in her hometown of Boston in the early 70s:

I was eighteen and felt like I was a queen too … they became my whole world.
Part of my worship of them involved photographing them. I wanted to pay
homage, to show them how beautiful they were. I never saw them as men dressing
up as women, but as something entirely different – a third gender that made more
sense than either of the other two. I accepted them as they saw themselves; I had
no desire to unmask them with my camera.
(Quoted in The Other Side, p.5.)

Greer Lankton and Paul Monroe. Lankton was a fascinating artist, whose work can still be seen in Pittsburgh. She lived with Goldin for a period in New York and was one of her first muses in the city. 90s fashion photography also brought with it ‘heroin chic’- something Goldin is also, unwillingly, credited with. Fact is, heroin became cheaper and purer in the early 1990s, reducing the stigma and broadening the customer base to include the middle-class and wealthy. But while Goldin did document her hard-drug loving tribe with their pale skin, emaciated, angular limbs and dark eyes, her consistently non-judgmental and unsentimental observations showed a deep understanding, a realism and a lonliness rather than glorification for art’s sake.

Jaime King, from ‘James is a Girl’ In an age when everyone over the age of 14 documents their lives so fully, I imagine Goldin’s images lose just some of their uniqueness. It’s hard to understand just how radical her work really was. But her work will always be visceral, honest, sumptuous, raw, intimate, influential.

Goldin is still working, you can read an interview with her from last year here.

How does her work make you feel? Do you love or loathe it?
Comments below, let’s talk about it.

Nadav Kander’s work is moving in its simplicity and striking in its composition.

From the project “Yangtze, The Long River”

Strong compositional elements and a beautiful use of negative space characterise his landscape images.

Here Kander gives a brief background into his process while shooting Dust, a series of photographs taken in the radioactive ruins of secret cities on the border between Kazakhstan and Russia. The project explores the vestiges of the Cold War and the aesthetics of destruction.

The warmth of his landscape work contrasts with the deep blues and cool lighting of his portraits.

In this video, Kander describes how he interacts with his sitters – which isn’t very much at all. He prefers not to talk during a shoot, instead embracing the tension and the authenticity created through lack of knowledge about the sitter and lack of verbal communication. Although he does mention the non verbal body language and ‘brain waves’.

Kander was commissioned by the New York Times to shoot 52 portraits of Obama’s staff (advisers, aides, cabinet secretaries-designate and other key people) in 2008, shortly after his election but before his inauguration.

The catalogue contains two audio files – a backstory and narrative by both Kander and Kathy Ryan – very much worth listening to.

If you’re listening to the gallery audio, check out the alphabetised list of subjects in the top left corner of the screen, it helps to see what they’re referring to. You can see the whole gallery here. 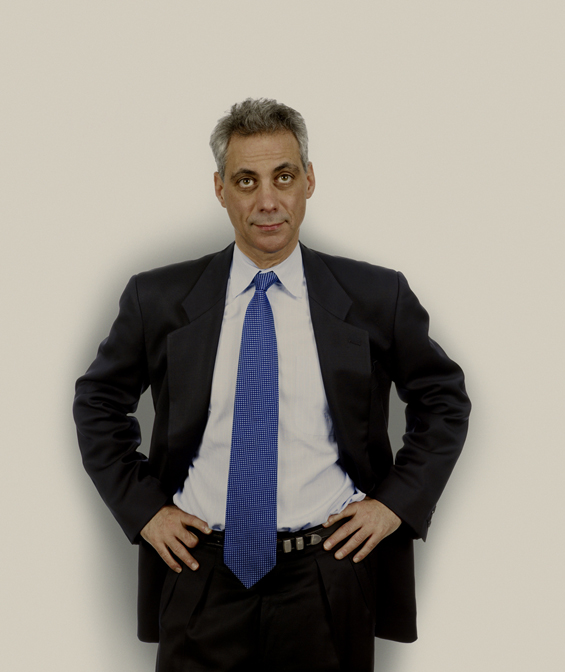 These videos and audio give brilliant insight into the mind and processes of an incredible photographer. I hope you’re as inspired by these images as I am. I feel like Kander’s work will create a quiet influence in my own work over the next while, or at least I’ll try to bring it with me to shoots.